Introduction to Stack and Heap in C#

Stack and Heap are memory types where application running variables, object variables, objects references are stored. Both are stored in RAM. Normally when we executes the program certain amount of memory is required to run or compile the program so in our C# application memory allocation can be done either in stack or heap according to the type and condition of the variable.

Generally our stand alone primitive data types are stored on stack and object and and string datatypes are stored in heap. For knowing both in depth lets we discuss it in separate:

This is all about stack and heap memory now we go through simple example then we are clear about it. 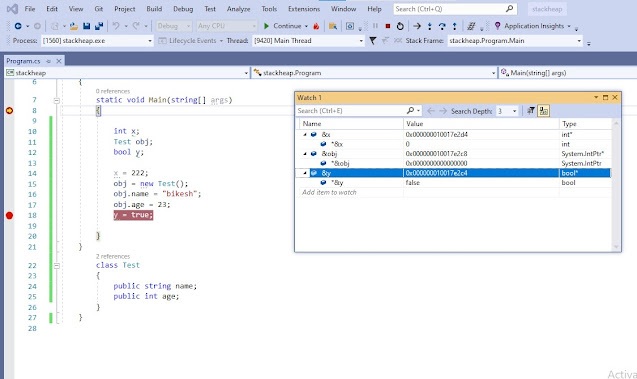 In the above screen we write a simple program having different variables like x as integer , y as Boolean and test obj as object which also contains different variables like name as string and age as integer. Now when we run the program with debug points then it clearly show stand alone primitive datatypes means integer and Boolean data type are directly stores their value inside it but object should hold some memory address inside it which address is  totally different from other memory addresses. 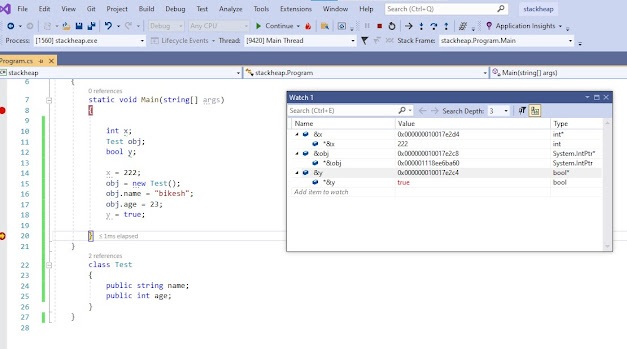 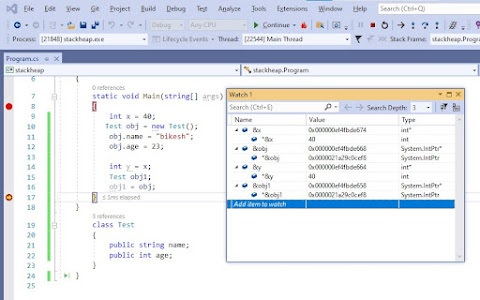 1 Hour detailed video on Stack VS Heap VS Value Type VS Reference Type:-