One of our friends was recently asked about $Emit and $Broadcast in Angular. This article will focus on some of the questions around them.

Explain $broadcast, $emit and On $events ?

For example in the below code you can see we have three controllers which are nested inside each other. "Child2" is nested inside "Child1" and "Child1" inside "Parent". 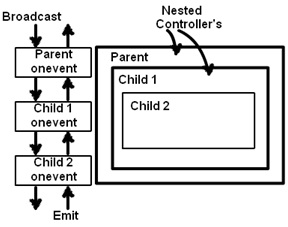 "on" method is where we write code which will be executed when the events propagates from top to bottom or vice-versa. 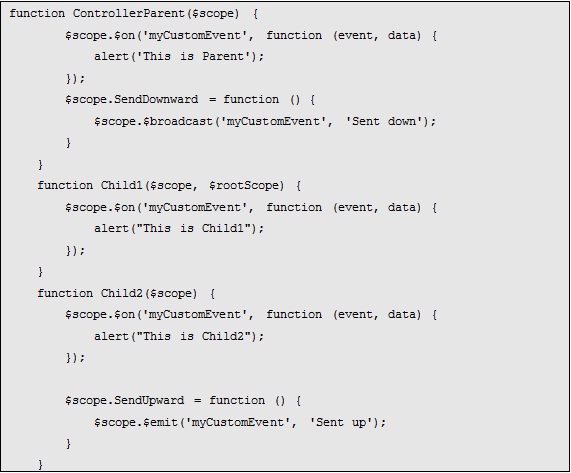 Below is the code where we have called the methods of the controllers.

How can we stop propogation in "$emit" and "$broadcast"?

To stop "$broadcast" we need to set "defaultPrevented" to true.

And then later in the child controllers we need to check if it's true then just return. Putting on other words for "$broadcast" we do not have real stop propogation it's just a flag with return logic.

"$rootscope.emit" is pointless as "rootscope" does not have parent.

How to unsubscribe from "$broadcast" and "$emit"?

In order to unsubscribe we need to first get reference of the "$scope.$on" method and then unregister the same by invoking that reference as shown in the below code.

Do not forget to watch our below Angular interview questions and answers series :-