What is Garbage Collector(GC) in C#?

Before we get into Garbage Collector concept and how does it works first we need to understand about Memory De-allocation.

From above its is clear that what is memory deallocation now we discuss about what is garbage collector.

Basically it reclaims the memory. In .NET framework while running C# application it will creates multiple objects and after certain time our garbage collector can checks for is their any unused managed objects if they found any kind of that objects then GC  cleans those objects and reclaims the memory. Garbage Collector is often called as generational approach because memory is divided into spaces called generations. It has three spaces GC0, GC1, GC2 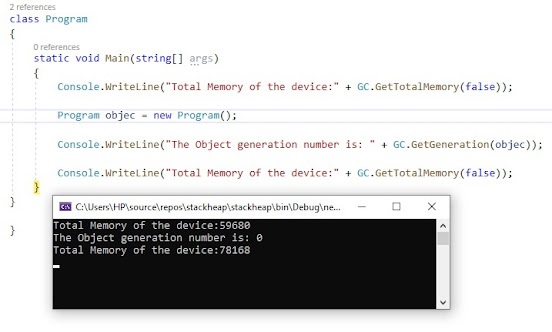 Here in the above program we are using different methods of garbage collector. Let us describe them :-

By using these methods we also know in which generation that our object should stored.

Let us take an another example for knowing is our garbage collector working by using performance profiler.

Here we write simple program that can store the values in heap and now see is there our GC work or not so for that first we go on debug the we choose performance profiler the select memory status then the result will be as below :- 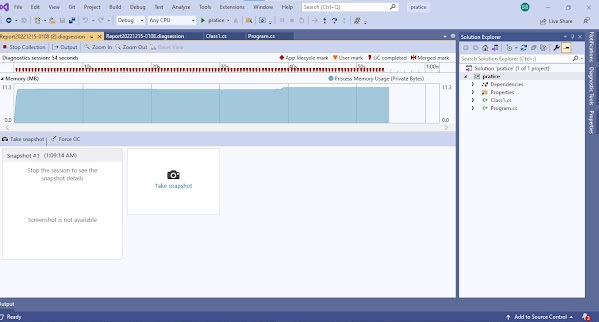 From above example we got clear idea about what is garbage collector and what are generations in garbage collectors and so on. if you get any errors or anything in this article please comment down and we will help you in resolving the same.